I wished for a storm to test my strength against,
I cried for the gale-force wind,
For electric explosions,
For sheets of rain.
I looked to the motionless wisps of cloud,
To the serene blue of the sky
And wished them transformed.
I wished to be battered and to emerge triumphant.

Hell is not always scorching heat and scarlet flames. Sometimes it is dank and green; a slim strip of bumpy tarmac encircled by towering trees and shrouded in mist. Even in the dry the Nurburgring was forbidding, but when dark clouds settled over the verdant hills and the resultant rain produced a random array of rivers running across the track, it wasn’t much of a stretch to imagine that fire breathing dragons were hiding in the haze.

It had been raining most of the weekend and an extra practice session had been added to Sunday morning for those who had yet to come to grips with the slippery and serpentine track. The mere thought of driving a vehicle in the adverse conditions was completely insane, and Jackie Stewart was certainly not insane. He was a canny Scott and he saw no point in risking life or machine for minimal gain. Not able to see, not able to push, there was no possibility of learning anything remotely useful. The most likely outcome was wrecking the car and so ruining any chance you might have in the race to come. But team boss Ken Tyrrell told him to go…and go he did.

When Ken Tyrrell made up his mind it was not an easy task to persuade him to change it.  Running a successful timber-yard after the war, he was more interested in soccer than speed. His football club went on an excursion to the British Grand Prix at Silverstone and the spectacle hooked Tyrrell instantly. Buying his own car he spent several years racing before coming to the realization that his talents were better spent managing others rather than competing himself.

It was a phone call from the manager at Goodwood that brought Stewart and Tyrrell together. A young Scottish driver had stood out that seemed to be a cut above the rest. Tyrrell invited Jackie down to Goodwood to test drive a Formula Three Cooper.  Bruce McLaren was there to provide a benchmark of comparison with which to assess the rookie…and at the end of the day it was Jackie who had set the fastest time of the two. John Cooper said to Ken, “You’ve got to sign him!” It would be the only contract with Tyrrell that Stewart would ever sign.

In Jackie’s first year racing in the 1964 Formula Three championship he decimated the competition, which then gave him a seat the following year at BRM beside Graham Hill. His first race win would be at Monza that same year.  However, BRM were once again starting to lose their way, building the excessively complicated H16 engine, and then plummeting down the grid when it failed to live up to expectations.

After three years Stewart was looking for an alternative and Ferrari was interested. He and Enzo shook hands on the deal, and for four days he was a Ferrari driver. Then he found out that Jacky Ickx had also been offered a drive for Ferrari…and there was only one car for the taking. Having lost faith that Ferrari would actually follow through with the deal he looked around at the alternatives. It was while discussing his  options with his Formula Two boss Ken Tyrrell that Tyrrell bought up the possibility of entering a Formula One team himself.

A couple of years earlier Matra had courted Tyrrell. For a change it wasn’t a team boss in search of a chassis…it was a chassis maker in search of a team. Weapons manufacture Matra had bought the assets of the defunct Automobiles Rene Bonnet and their sports car was renamed the Matra Djet. Sales were slow and it was hoped that participation in motorsport would be beneficial in bringing better awareness of the product to the general public. Having first started with Formula Three, they were now looking to expand into Formula Two and manager Jean-Luc Lagardère was putting the hard sell on Ken Tyrrell to at least give their chassis a try.

Jackie Stewart was doubtful about the advisability of putting their trust in French engineering and workmanship. A few laps of Goodwood and everyone was more than happy. It was a car that far exceeded their wildest expectations. Maybe armament engineers could build a racing car after all. Beautifully engineered, it wasn’t going to fall apart. It was built like a rocket and felt like one – smooth and stable – not a rattle to be heard. Tyrrell and Stewart raced the Matra MS5 in the 1966 and 1967 Formula Two Championship. 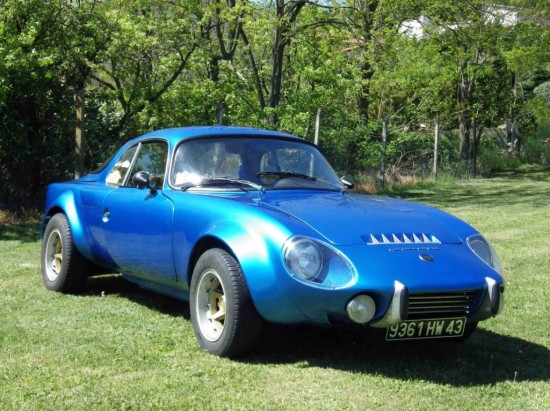 Tyrrell was a step ahead in his preparations for Formula One. He already had an engine. He had seen the Cosworth DFV in action at Zandvoort and immediately put in an order for three of them. It didn’t matter that he didn’t have a chassis or a driver or the fact that they weren’t officially yet for sale. Lotus had sole supply for the rest of 1967 but for the 1968 season they could be had for a reasonable price.

With Jackie looking to leave BRM he now had his driver. Ford agreed to pay Stewart the equivalent of what he had been offered by Ferrari – 20,000 pounds. Matra were also keen to make the step up to Formula One. They had financial backing from ELF and were planning to run their own team using their in house V12 engine but they offered their chassis to Tyrrell to use with his Ford engine. The last bit of the puzzle had fallen into place. The new team would be called Equipe Matra International.

The German Grand Prix at the Nurburgring was the seventh round of the 1968 season. Jackie was long past the naivety he had had at his first wet race at Spa where he had known no better than to relish the challenge of difficult conditions at a difficult track, still not aware of the difference between bravery and stupidity. He now knew better…still brave…but not stupid.  And during 1968 no one was able to forget the fine line between the two. Four friends and fellow drivers had died in previous four months and they were now faced with the Green Hell that was the Nurburgring…and the relentless rain…

So during Sunday morning practice Jackie tamed his fire breathing dragon and did one sedate lap. He looked and he learned and he remembered. Where was the standing water? Where were the streams running across the track? With the inclement weather continuing unabated the race start was delayed by almost an hour. The rain poured down, the fog remained ensconced, but eventually the race started despite the adverse conditions. Visibility was limited to forty meters and if ever a race deserved to be cancelled this one did. Ken Tyrrell, taking Jackie’s watch as he did at the beginning of every race, said to his driver, “Today you are certainly underpaid.”

Jackie was also driving injured…his fractured right wrist encased in a plastic splint. He had minimal grip and minimal movement, just able to change gears but little else. He started sixth on the grid and made his way gingerly past the initial danger of the other contestants whose cars quickly became invisible mobile chicanes in the mist. With no lights on the rear of the cars to warn of their impending arrival, the driver had to rely on his sixth sense to pick up the tyre spray amid rain and fog.

Jackie was in the lead by the end of the first lap and those left behind never saw him again. He commented later that his Sunday morning practice lap hadn’t helped at all because as the drains became blocked the rivers across the track changed their position. His Dunlop wet weather tyres were working reasonably well and he knew that once he got past everyone it would be much safer. Remembering the difficulties of the first lap he later said, “Visibility is so pathetically poor I can’t even see Chris’ car in front of me…I am simply driving into this great wall of spray. I pull out to pass him but the spray is dense and I’m driving blind.”

Behind him came Graham Hill and Chris Amon. They spent the first eleven laps less than a second apart until Amon spun his car while trying to pass Hill. A short time later Hill also spun, but was able to get out and push start his car before Jochen Rindt caught him. And that is the order they finished after what must have seemed like fourteen eternal laps of “The Ring”. The race had taken 2 hours and 19 minutes.

“Is everyone OK?” Jackie asked Ken as soon as got back to the pits. Tyrrell replied, “Everybody is fine.”

After the race Jackie said, “I probably wouldn’t have finished if it had been dry, but a wet race is physically less tiring, less g-force, lighter steering, so I could get away with mostly using my left hand. It’s tougher mentally, though. You have to coax the car, not bully it; you’re on tip-toe the whole time. It’s about finesse, using the slip of the track, not using the power to slide. You’re trying to give the car some Valium. You’re forced to drive off-line, because the oil and rubber make the normal line like ice, so you pick up muck which can affect the throttle action, just when you really need a sensitive throttle. It was amazing how little you could see that day. I was on the third row, but I just made a good start and I knew the circuit well. Luckily I remember details, like a sign which marked a lift-off point though I couldn’t see the corner, and once I’d passed the others it was easier. I was lucky enough to win plenty of wet races, but I never enjoyed them.”

Jackie finished over four minutes ahead of the rest of the field…a finishing margin that has never since been bettered. Afterwards Denis Jenkinson  wrote: ‘Caracciola may have been the Regenmeister, Rosemeyer the Nebelmeister and Fangio the Ringmeister, but Stewart surely topped the lot.’