“Lovers and madmen have such seething brains,
Such shaping fantasies, that apprehend
More than cool reason ever comprehends.
The lunatic, the lover and the poet
Are of imagination all compact:
One sees more devils than vast hell can hold,
That is, the madman: the lover, all as frantic,
Sees Helen’s beauty in a brow of Egypt:
The poet’s eye, in fine frenzy rolling,
Doth glance from heaven to earth, from earth to heaven;
And as imagination bodies forth
The forms of things unknown, the poet’s pen
Turns them to shapes and gives to airy nothing
A local habitation and a name.”

Adrian Newey can only fantasize about the freedom accorded to Formula One designers during the 1970’s. With minimal regulations and aerodynamics still in its infancy, every designer aspired to developing an innovative concept that could give him a head start on the opposition. Tyrrell boosted mechanical grip with his six wheel car, while other teams focused on the effects fans (Brabham BT46) or venturi tunnels (Lotus 79) could have to augment down-force, but the most imaginative designer ever to have a car grace the Formula One paddock must be Luigi Colani.

Colani had a background in aerodynamics, studying it in Paris in the early 1950’s, and considered himself an expert. After designing the Colani Alfa sports car for Alfa Romeo which became the first sports car to break ten minutes at the old Nurburgring in 1957 he decided he could teach the other Formula One designers a thing or two. Colani was imagining the future when time travel and life on Mars was a reality when he had the vision of his Formula One car, though after looking at some of his other designs his Formula One attempt actually looks eminently sensible in comparison. 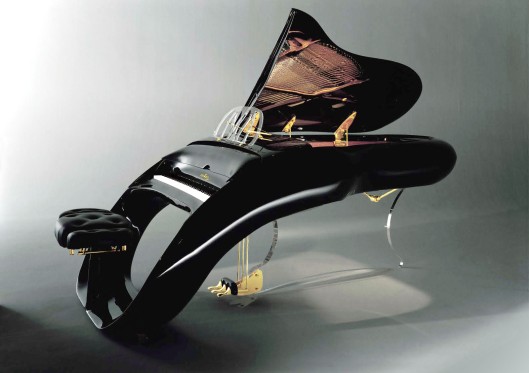 Guenther Hennerici was a German caravan company owner who was mad on motor sport. He had an advertising budget of two million Deutsche Marks that he was spending funding Formula 2 and Formula 3 teams and drivers as well as sponsoring Rolf Stommelen in Formula 1. Ralf hadn’t been happy with his Surtees car in 1971 and Hennerici decided that maybe his advertising money would be better spent running his own team where he would have the luxury of being able to choose his own equipment. It would be the first German Formula 1 effort since Porsche withdrew from racing in 1962.

Time was running out to build a car from the ground up so he did what was once a popular option – bought a March chassis and Team Eifelland was born. Colani offered his services to design them some new bodywork and 100 hours later his space age design was a reality proving that the other teams were frittering away their time uselessly, taking months instead of days to design and test their bodywork! Colani’s vision of speed in motion was similar to his design philosophy which was, “The earth is round, all the heavenly bodies are round; they all move on round or elliptical orbits. This same image of circular globe-shaped mini worlds orbiting around each other follows us right down to the micro-cosmos. We are even aroused by round forms in species propagation related eroticism. Why should I join the straying mass who want to make everything angular? I am going to pursue Galileo Galilei’s philosophy: my world is also round.” 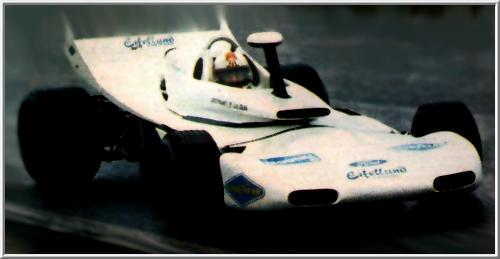 His innovative external shell was smooth, sleek and curved. It had a swooping, one piece rear wing and a one piece front wing and a cockpit that was curved to funnel air around to the engine. Colani obviously had an unnatural obsession with symmetry…having a mirror on either side of the car would run contrary to his vision. Instead he chose to put a single rear view mirror, elevated on a stalk, directly in front of the driver. Not surprisingly driver Rolf Stommelen described the mirror as “taking a bit of getting used to.”

Works March driver Ronnie Peterson called them “Team Dream”, a thinly veiled attempt at sarcasm because it looked like Colani had spent too long dwelling in fantasy worlds instead of having his feet firmly planted on  earth. Unfortunately the car struggled with overheating during their initial testing, even in the icy conditions of a German winter.  This caused them, piece by piece, to replace Colani’s outer shell with much of the original March bodywork. By the time they arrived at the third race of the season in Spain almost all of Colani’s innovative ideas were gone. Only the bizarre rear-view mirror still remained…making the car look as it were a submarine, rather than a terrestrial machine.

They surprised everyone when they performed reasonably well, especially considering their speedy and creative beginning and the woeful chassis beneath them. Niki Lauda said that the March 721 was the worst car he ever drove. Eifelland was also reasonably reliable, having only two mechanical failures in its eight race career and finishing 10th twice. Compared to some of the other privateer attempts they look like they could have been successful, especially as there were races when they even managed to beat Lauda and Peterson who were driving for the March “works” team.

Hennerici was running into financial difficulties even before the first race of the season when three of his factories were destroyed in a fire. Before the Austrian Grand Prix he had sold his caravan company and with the new owner having no interest in motor racing, he gave the car to Stommelen in lieu of his pay…

The car finished its life in the hands of John Watson when he made his Formula 1 debut driving at the non-championship round at Phoenix Park in Dublin, where he set the joint fastest lap and a new lap record. Unfortunately he was forced to retire on lap fourteen.  Watson later said, “Colani suffered a lot of derision from within F1, but I wouldn’t knock him, however. He’s an individualist, a lateral thinker, a risk taker – something that F1 lacks today and is all the poorer for it. The current regulations read like a form from the Inland Revenue.”